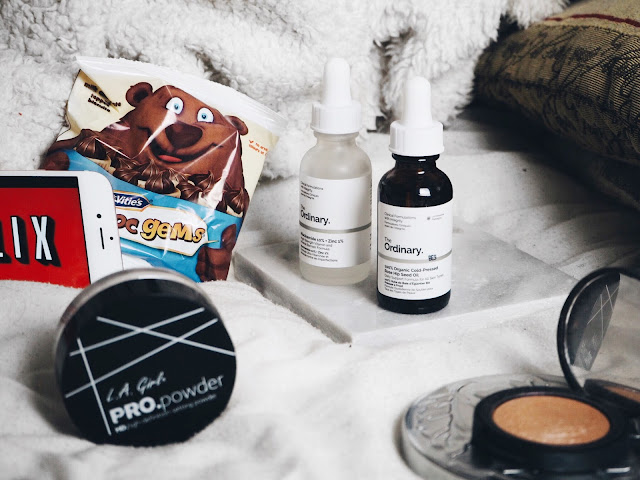 Another month down! This year seems to be flying by already. I hate starting favourites posts, no matter what you write it just feels cliché and forced. This month I’ve been trying out some different skincare things, so apologies in advance if this post is very skincare-heavy. 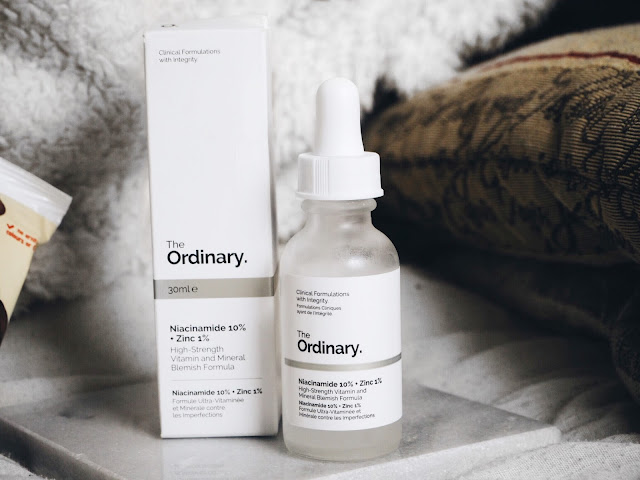 I came across The Ordinary whilst trawling through ASOS a while ago, all their products are very professional sounding with percentages and fancy scientific names so it makes you feel like you’re using really expensive stuff. In reality, each product is cheaper than £20 (I think, don’t quote me on that). I use this first in my skincare routine – morning and night – and it sinks into my skin so easily, it doesn’t leave behind a sticky residue or anything like that. It helps to smooth my skin a lot, it does reduce the size of my spots gradually as well. For the price, I can’t really fault it. 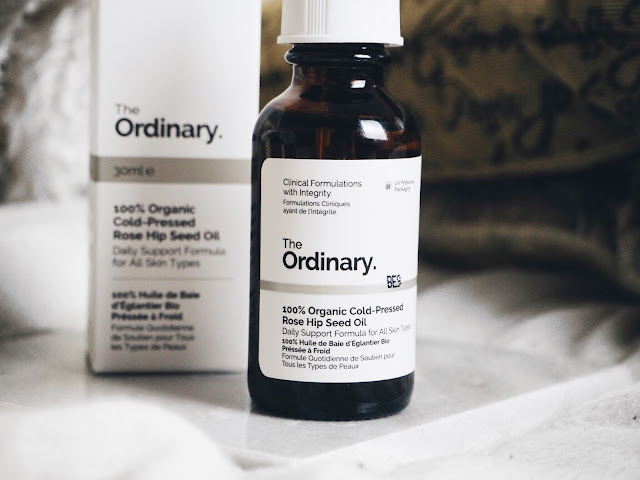 I’ve heard such good things about Rosehip Oil but it took me months and months to actually get around to picking some up. I got some also from The Ordinary but I ordered some from Amazon as well – both are exactly the same just, obviously, different brands. I put this on every single night, sometimes after all my other products and sometimes just by itself, and the difference in my skin is insane. My makeup looks so much nicer, my skin looks and feels smoother and my redness is visibly reduced. This stuff is insane. If you haven’t tried Rosehip Oil already, buy some. 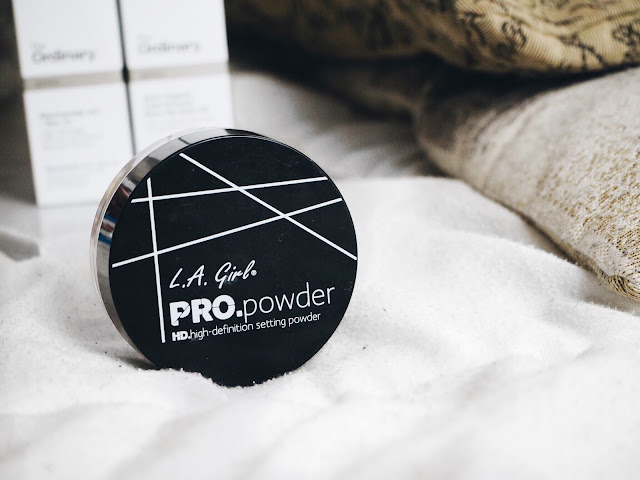 I think I featured this in a favourites post at some point in early 2016, but it’s popping up again because I’ve really been using it a lot this past month. I’m kind of lacklustre when it comes to setting powders – I’ve got my ancient £3 Rimmel one and even though I can see it does nothing, I still use it. I used to bake with the LA Girl powder (bake my face, not sweets and things) but then I realised I don’t actually know how to bake my face, so I just stopped using it. Now I just use it as a standard, brush it all over your face powder and it helps massively in controlling the oiliness I’ve been struggling with since I started wearing makeup. 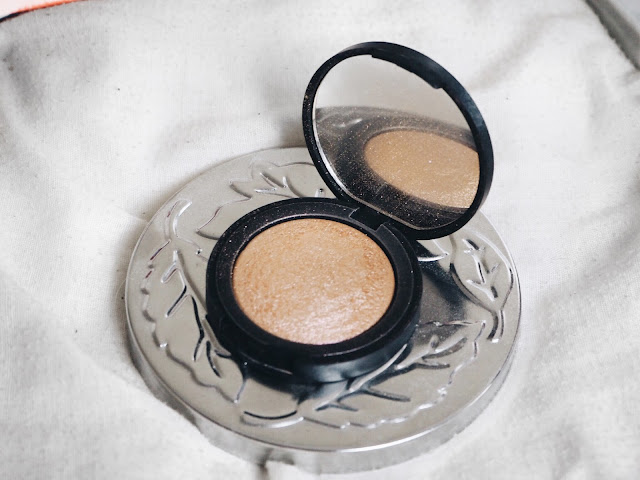 This is hands-down the best highlighter I have ever used in my LIFE. I don’t even know if I’ve put this in a favourites before, I feel like I must have because I’m obsessed with it. I used to swear by Topshop makeup, and then I realised other brands exist and started wearing those instead. This highlighter is the most insanely pretty iridescent pink, and it’s SO GLITTERY. I don’t know if glittery highlighters are your thing, but they are most definitely mine. It’s so pigmented and when it catches the light, it’s stupidly pretty. 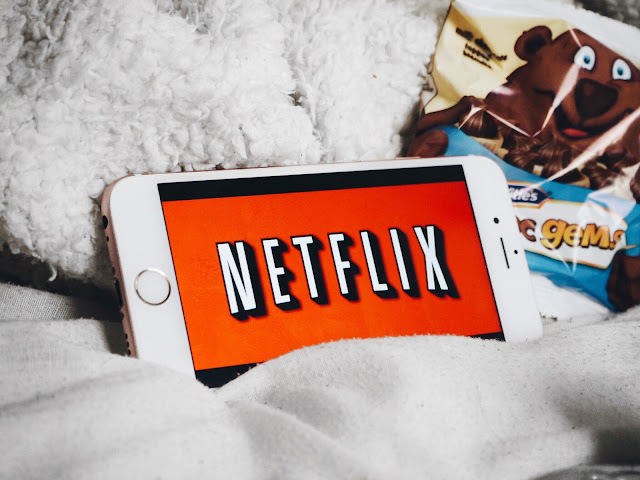 I’m gonna lump these two together because I don’t usually include TV shows and these are both readily available to stream on Netflix. Riverdale is so gripping and interesting, the pilot episode is one of my favourite first episodes of any TV show – I am obsessed with the Blossom twins. The episodes come out weekly so there is a bit of a wait once you’ve caught up, but it’s so worth it.

I think everyone has probably watched 13 Reasons Why by now and there’s been a lot of mixed reviews on it. Personally, I loved it. It really hit me where it hurt and some aspects maybe resonated a bit too much with me, so I watched it very slowly, just as Clay listened to the tapes at a snails pace.

I’m surprised I don’t include food products in my favourites posts more because I literally eat all the time. All I’ve been eating for the past few weeks is McVitie’s Choc Gems. I used to have these in primary school and it seemed like they disappeared for a while – BUT then I saw them in Asda and I was so excited I just had to get them. I’ve been buying them too much recently. I’m pretty sure I’m solely responsible for them being reduced from £1.60 to £1. I’m not even ashamed. 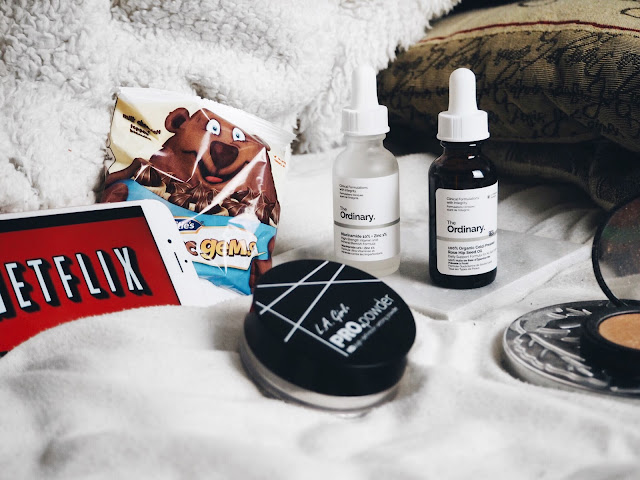 What have you been loving through April?

ANXIETY AND LEARNING MY LIMITS