We’ve seen the Autumn jumpers, but now it’s finally time to take a peek inside my Christmas jumper collection! I decided not to go for every single one of my jumpers cos we’d be here for a while, but instead I’m just going to show you a few of my favourites and the ones that I wear repeatedly in December. 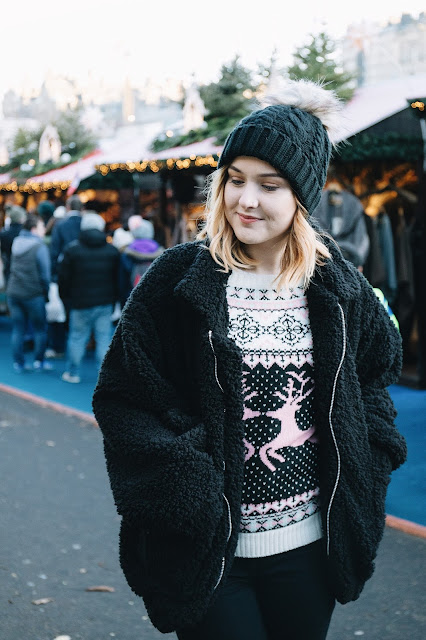 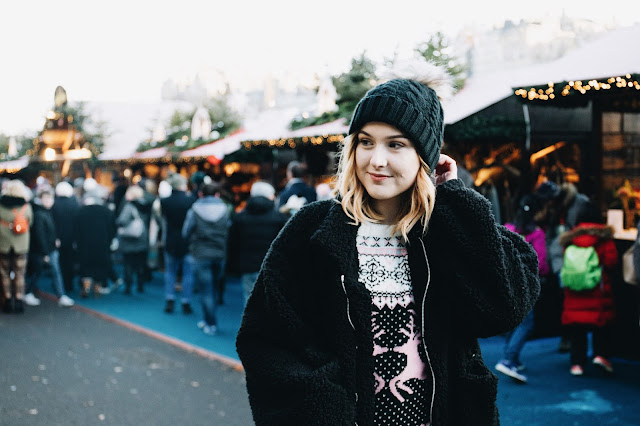 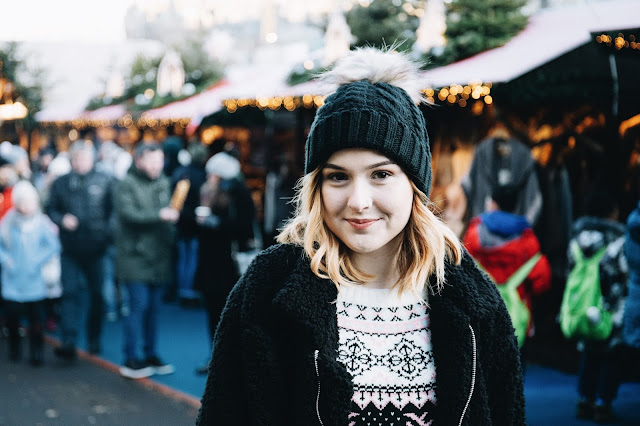 The newest addition to my Christmas jumper wardrobe and one of the two new jumpers I bought this season is this fairisle New Look jumper with little reindeer on it. When I bought this, I had visions of me wearing a turtleneck underneath it in true Nancy Wheeler/Stranger Things fashion, but the neck is too wide so it just looks strange. Honestly, gutted doesn’t even begin to cover it. I still love it though, I love the colours running throughout it and although it’s not the thickest jumper out there, it means it’s really good for layering up. I tend to style this just with my jeans and boots, because of the wide range of colours in it, it’s hard to pick one of them to have as the focus colour. So, as always, it’s black. Here I’ve paired it with my black teddy coat, that I’ve worn for pretty much all of these looks, and my black bobble hat for maximum cosiness. 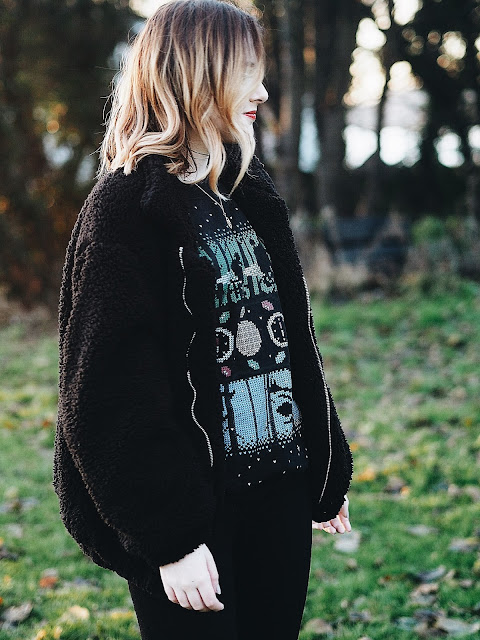 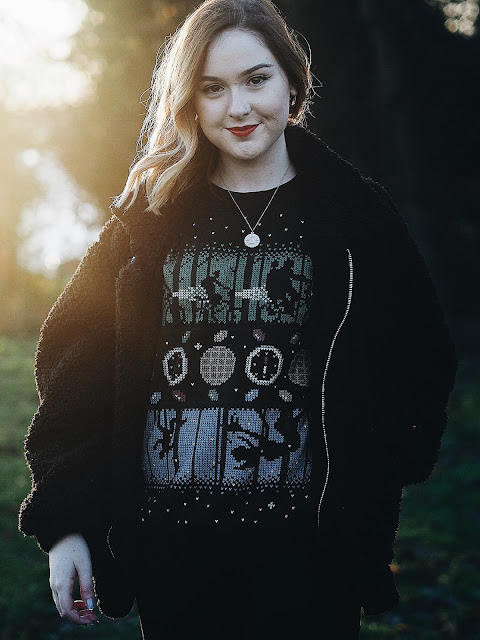 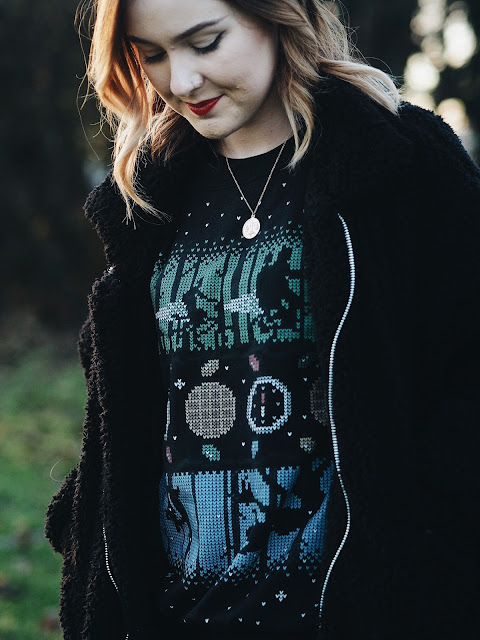 The other new addition is my Stranger Things Christmas jumper that I am completely obsessed with. I haven’t worn it much because I’ve been saving it for something, although I honestly don’t even know what I’m saving it for. I just love it, and it looks so good with a turtleneck underneath so I can be warm whilst wearing it as well. It’s not super obviously Stranger Things and doesn’t have any text on it, instead it has pixellated images of Eggos, Demagorgons and the Stranger Things gang. I could probably honestly say that this is my favourite jumper of the year, probably because I am genuinely super obsessed with Stranger Things this year and want everything I own to have some sort of tribute to the show on it. 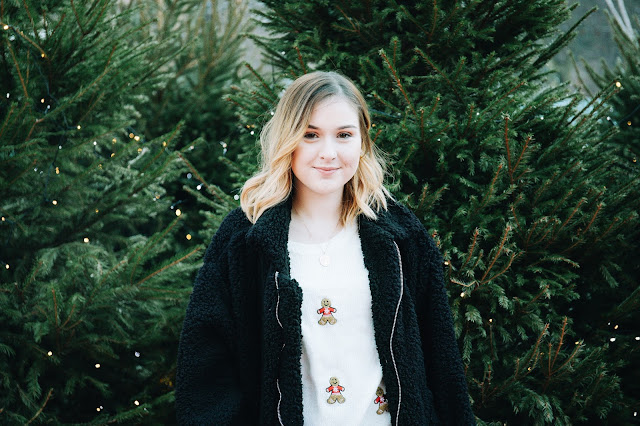 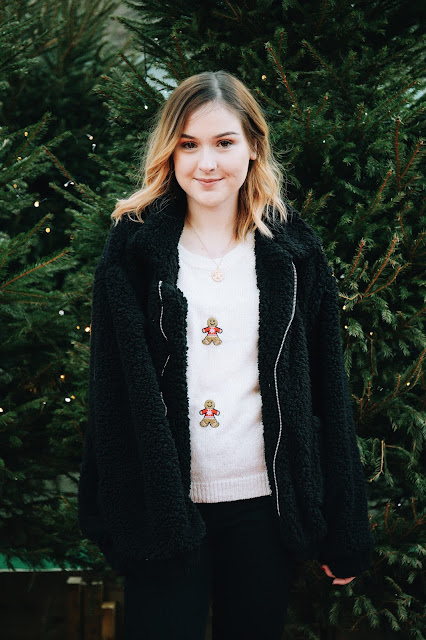 I don’t normally like understated Christmas jumpers, I prefer to go all out and have the worst one of all, but on the odd occasion that I need to tone it down I always reach for the gingerbread man jumper. It’s so cute and simple, but still super festive because the gingerbread men are WEARING CHRISTMAS JUMPERS. I’m wearing a Christmas jumper with things wearing Christmas jumpers on it. What. Although it may just look like a thin jumper, it’s deceivingly warm and, again, so easy to layer. It was from Primark a few years ago so it was really cheap, which is ideal given that it’s only being worn one month out of 12. 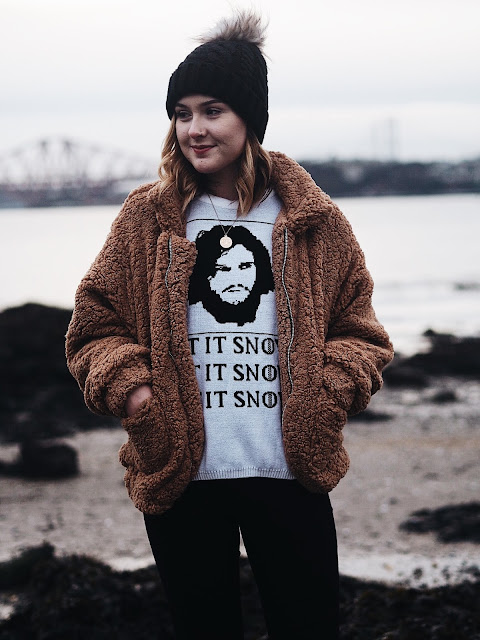 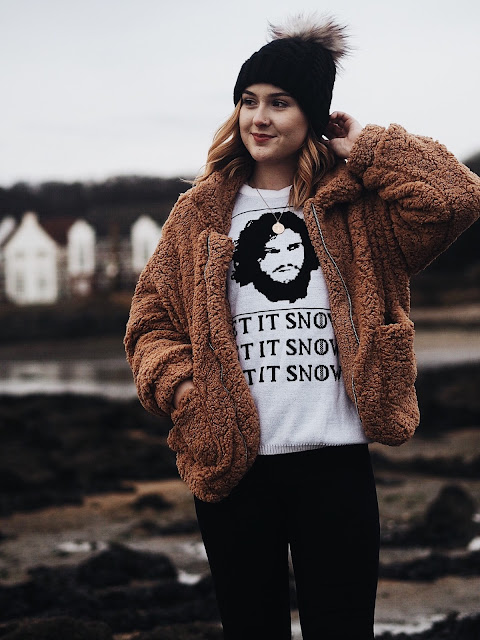 People go crazy when I wear my Game of Thrones Christmas jumper, and I love it. Some people don’t understand it and just cant get it, but those that do honestly just go mental over it. It’s from Boohoo last year, and it’s a close second in the running for my favourite Christmas jumper. I seem to be a bit hesitant to actually wear it out this year, for some reason, probably because last year I was bombarded with comments like “why do you have a bearded man on your jumper?” and “that’s not Santa.” Thanks for somewhat ruining my ability to wear this jumper, you retail shopping mean people. I always get asked where this jumper is from, and I can tell you that it’s from Boohoo but last year, so I don’t think it’s still stocked! Sorry all. 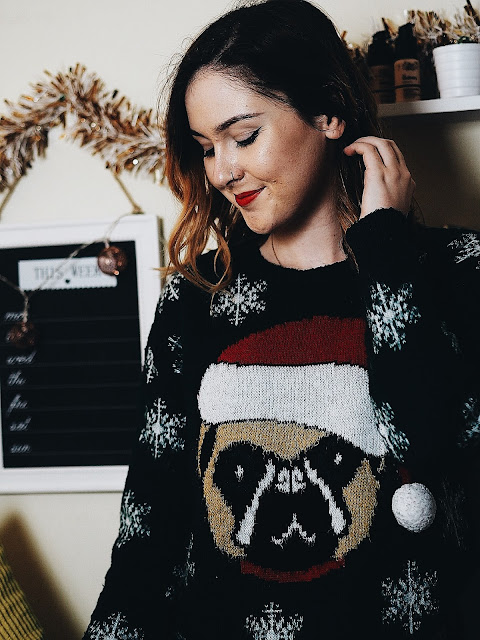 My favourite jumper from last year is this ASOS one that has a pug in a Santa hat on it! How adorable is that? The 3D pom pom is a bit inconvenient and gets in the way at times, but this jumper makes me feel ridiculously festive and I honestly just love it. I also really like the green in the background of the jumper, because I don’t own a lot of green things which I might actually need to fix at some point soon, I think it suits me quite well. I seem to be showcasing a lot of jumpers that can’t be bought anymore, but I’m seeing it as a good thing because it means that I haven’t spent as much money on Christmas jumpers this year compared to previous years! 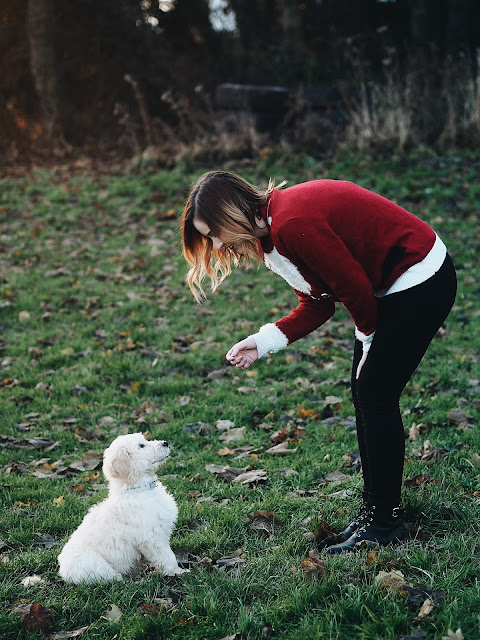 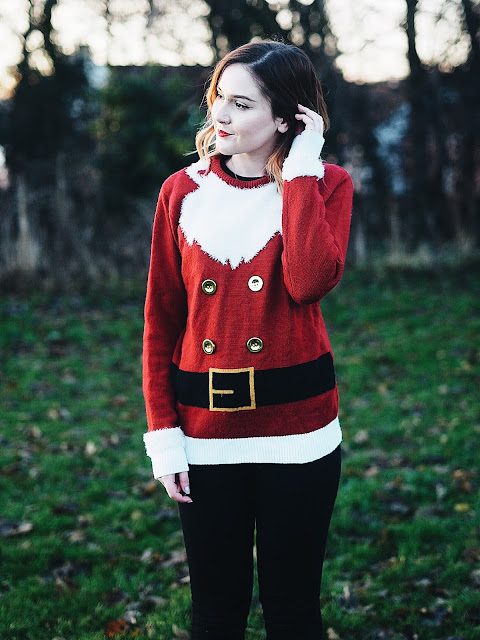 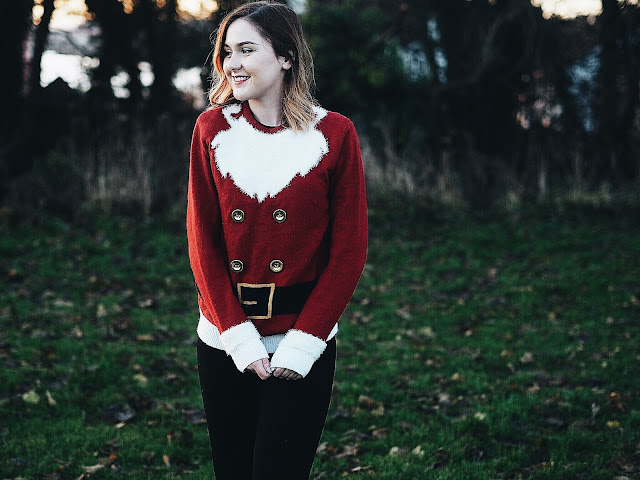 The final one in my favourite collection is a classic – the Santa jumper. It is literally just Santa’s jumper and it is the cosiest thing ever. It’s from the mens section in Primark, last year (of course), and I usually reserve it for Christmas Eve or another festive event, because it’s not really the kind of jumper I’d put on just for a random Tuesday. I prefer mens jumpers to womens jumpers most of the time because there’s no glitter or sequins or any of the frilly crap that we get on our jumpers. I do often see a guy wearing the exact same jumper though, which can be a little awkward but warmth and festivity goes above all else and why are Christmas jumpers gendered? Let’s end this before I go off on a completely different tangent.

What are your favourite Christmas jumpers? 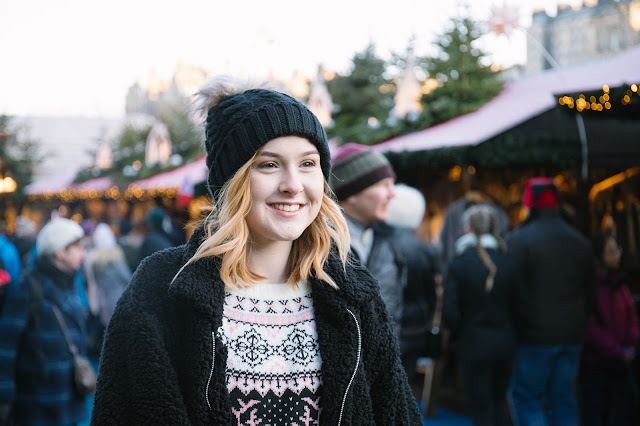